All accidents can create confusion and distress. However, adding in some faulty safety equipment issues can make it seem even more so. You can take action in two ways after such an accident.

The driver that caused the accident is responsible for paying your damages. Those damages might include:

However, accident victims may also have a course of action against the manufacturer of the vehicle or the safety equipment. To form a case against a product maker, however, you should be prepared to fight against a large corporation. This type of suit is very different from seeking damages from the driver of the other vehicle. It's more complex because of the technical details inherent in proving that a part or product failed to do its job.

You might be surprised at how much safety equipment goes into vehicles today. Brakes and tires have often been the target of an investigation after certain types of accidents. However, the growing use of airbags, child car seats, automatic braking, and other devices mean that passengers now depend upon an increasing amount of equipment. When they work correctly, they save lives and prevent injuries. However, they don't always perform as they should.

Taking Action Against Equipment Manufacturers and Others

Victims of vehicle equipment failures might need to separate the accident situation into two cases. If the accident was caused by another driver, you will be taking action against the other driver and their insurers. Then, if your personal injury lawyer agrees that you have a product liability case against the part manufacturer or vehicle maker, another case is formed.

It should be emphasized that you can have more than a single case because of an accident — an accident case against the other driver and a product liability case against the maker. Both cases can be pursued at the same time. Each case has its own damages and compensation. This can create a lot of stress on accident victims, but they can be successful in both cases. These two cases may be from the same accident, but they are in not connected. The success or failure of one case won't affect that of the other case.

Speak to a personal injury attorney about your damages. In most cases, the same lawyer can take action against both defendants. However, product liability claims can take longer to be resolved because you are taking action against a business. Don't be surprised if you end up with offers from both defendants at some point instead of going to trial.

Consult with a lawyer to find out more. 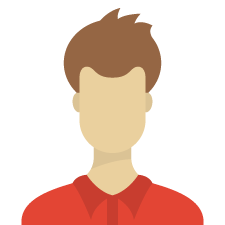